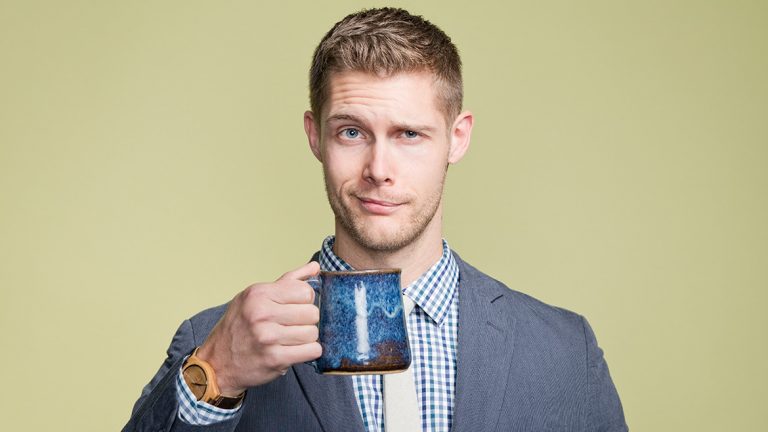 The article can be found at Feast Magazine.

“Gungho” is the word at the center of Camacho Coffee’s mission. In English, it’s usually used to describe dedication, drive or enthusiasm. But if you trace back to the original Chinese word gōng hé, it takes on a slightly different connotation – one that the owners of Columbia, Missouri’s newest coffee-roasting company are using to give back to their community.

“What it means is working together,” Camacho Coffee owner Jesse Walters says. “And that centered around our mission and vision with the company.” The Columbia-based coffee company doesn’t have a shop; instead, the team roasts beans and sells them wholesale to cafés and businesses or by the pound to individuals. Camacho has partnered with three mid-Missouri charities – the Central Missouri Humane Society, Great Circle and the Youth Empowerment Zone – to whom they donate 10 percent of sales. “We’re giving back to these charities, but we’re not just giving back, we’re working with them,” Walters says. “We work with the committees; it’s not just giving them the check. We’re working with them to see exactly how we can help out.”

Walters and his wife, Megan, followed their Christian faith to formulate this charitable intention. “Tithing is part of [our faith], and it’s the traditional 10 percent,” he says. “So we just said we’ll apply that to our business and give 10 percent back.” But choosing a charity wasn’t an easy task for the couple, who were both raised in the area. “We wanted to give to everybody, but we wanted to make a difference, so we had to narrow it down to three charities,” Walters says. “If we gave five bucks here or there, it wasn’t going to do a lot. So we decided to focus on those three and really help them throughout the years if we can.”

Camacho opened in September and has been roasting four varieties of fair-trade, single-origin coffee beans. Currently, Colombian, Colombian decaf, Peruvian and Ethiopian coffees are all available for purchase. There’s also a “roaster’s choice,” which changes sporadically. “I stuck with Colombian because people can relate to it. It gets people in the door, and then hopefully exposes them to different coffees,” he says. “Once they have the Colombia they’ll say, ‘Oh, I’ll try your Peru,’ and stuff like that. That’s why I went with Peru – not everyone has it around here. It’s a solid coffee; I love it.”

Whole-bean coffee is available for purchase through the Camacho Coffee website and at Nourish Café in Columbia, or by contacting Walters directly. “I encourage people to reach out to me,” he says. “I’ll deliver it – I’m always out and about in the Columbia area. If they’re out in Kansas City/St. Louis or something like that, I’ll ship it to them. I would like to meet the people who want to drink our coffee.” If want to try before you buy, grab a cup of freshly brewed Camacho at Range Free in the North Village Arts District.